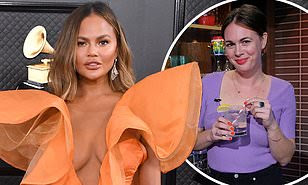 The supermodel, 34, took a break from the social media platform after the Nothing Fancy author, also 34, blasted her and Japanese host Marie Kondo's business models in a recent interview.

However, the pair have now appeared to make amends as the wife of musician John Legend 'thanked' New York Times' Alison for issuing an apology over her 'stupid, careless and insensitive' remarks.

The media personality made her account, followed by 12 million users, private over the weekend and vowed to step away from the micro-blogging site after experiencing a backlash.


Acknowledging Alison's efforts to patch things up, Chrissy wrote: 'thank u for this, @alisoneroman. To be clear, it never once crossed my mind for u to apologize for what you genuinely thought!

'The comments stung, but they moreso stung because they came from u! It wasn't my usual news break of some random person hating everything about me!

'I don't agree with the pile-on, ppl waiting with bated breath for apologies, deciding if that apology is good, the ppl who say u were right & never needed to in the first place – there are so many different types in this kind of situation & tbh, I just want it to be over.

'I think we are alike in so many ways. I remember the exact time I realized I wasn't allowed to say whatever popped in my head-that I couldn't just say things in the way that so many of my friends were saying. Before, I never really knew where I stood in the industry, in the world.'

Admitting she was once able to identify with the columnist's outspoken nature, Chrissy added: 'Eventually, I realized that once the relatable 'snarky girl who didn't care' became a pretty successful cookbook author and had more power in the industry, I couldn't just say whatever the f*** I wanted.

'The more we grow, the more we get those wakeup calls. Oh! but how I still think some of those things. I just maybe don't unleash on my peers on super public platforms lol...

'and if anyone needs a lesson on how less is more, please look at the amazing Marie Kondo, who so very wisely didn't say s**t through any of this [sic].'

The mother-of-two's social media comeback came after Alison posted a lengthy apology on her own Twitter page. 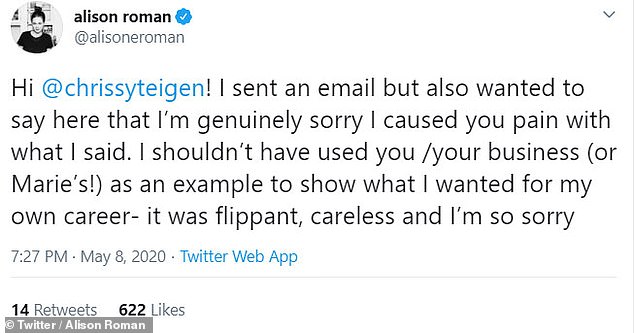 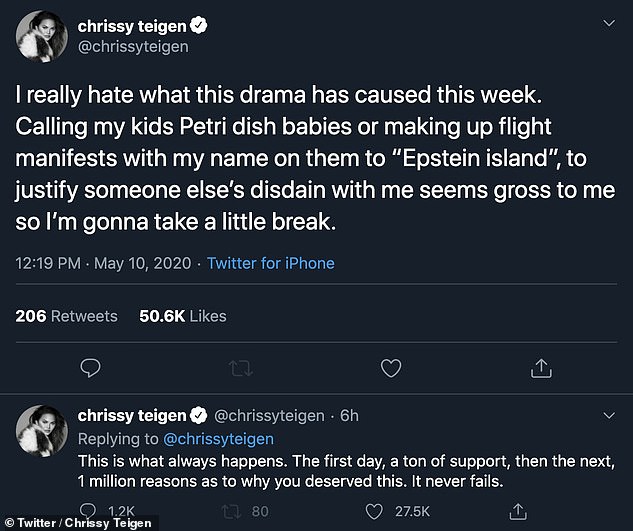 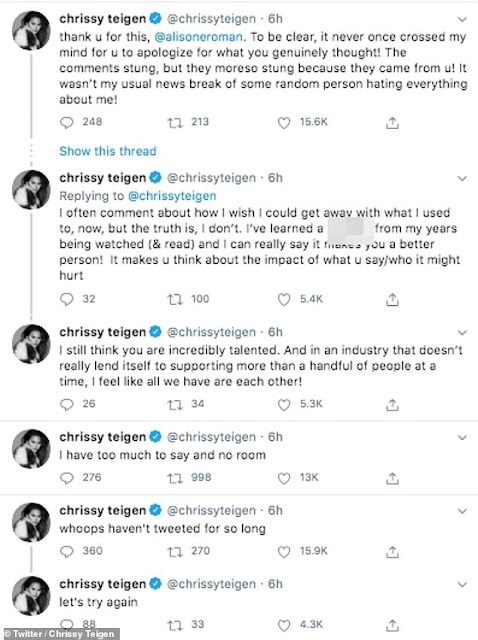 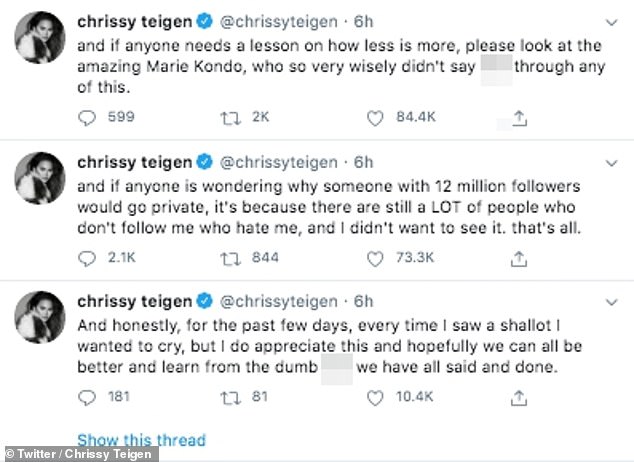