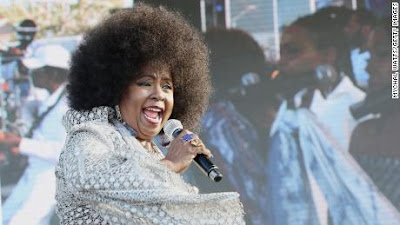 Betty Wright, the Grammy-winning soul singer and songwriter whose influential 1970s hits included “Clean Up Woman" and “Where is the Love,” has died at age 66.

Wright died at her home in Miami on Sunday, several media outlets reported. Steve Greenberg of S-Curve Records told the New York Times Wright had been diagnosed with cancer in the fall.

Wright had her breakthrough with 1971's “Clean Up Woman,” which combined elements of funk, soul and R&B.

Recorded when Wright was just 17, the song would be a top 10 hit on both the Billboard R&B and pop charts, and its familiar grooves would be used and reused in the sampling era of future decades.

The youngest of seven children, Wright was born Bessie Regina Norris in 1953 in Miami, the city whose funk and soul sounds her music would always be identified with.