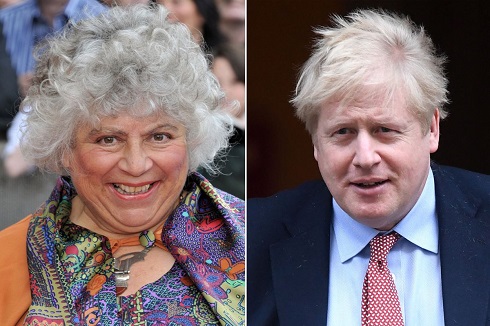 Miriam Margolyes has admitted she had wanted Boris Johnson to die of coronavirus during his battle with the deadly bug.

The actress, 78, made the comments about the Prime Minister - who caught Covid-19 and battled the virus in hospital - during an appearance The Last Leg Locked Down Under on Friday evening.

She shocked viewers with her outburst about Boris - who is now back running the country following his recovery - that came after she was asked on the show her opinion on how the government has handled the pandemic.

Being frank as she spoke to hosts Adam Mills, Alex Brooker and Josh Widdecombe via webcam, the Harry Potter star exclaimed: "Appallingly, of course, appallingly.


"It’s a disgrace, it’s a scandal. It’s a public scandal. I had difficulty not wanting Boris Johnson to die.

"I wanted him to die. Then I thought that will reflect badly on me and I don’t want to be the sort of person that wants people to die. ‘So then I wanted him to get better, which he did do, he did get better.

"But he didn’t get better as a human being. And I really would prefer that.

Some channel 4 viewers took to social media to vent about Miriam's words.

One infuriated watcher fumed: " I love the last leg but I don’t like miriam margolyes saying she wishes Boris dead."

Other viewers shared on the micro-blogging site that they "respect" the actor for being honest.

"Already had a fair amount of respect for Miriam Margoyles already but I just saw her on The Last Leg and I now believe she is a national treasure," typed one.