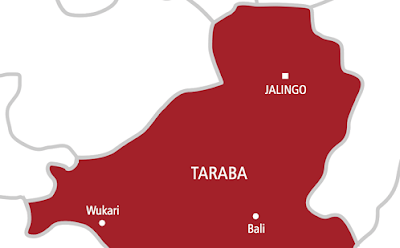 Taraba state government has confirmed the demise of the state’s Commissioner for Poverty Alleviation, Naphtali Kefas.

He died on Friday in Jalingo, the state capital after a brief illness.

The deceased was the candidate of the People’s Democratic Party, PDP for Wukari /Ibi Federal constituency in the 2019 general election which he lost to Danjuma Shiddi of the All Progressive Grand Alliance, APGA.

Gov Darius Ishaku in a condolence message by his Special Adviser on Media and Publicity, Bala Dan Abu, described Kefas as a hardworking gentleman.


He said: “The death of Kefas came less than a year of his appointment as member of the state Executive Council to help implement government’s pragmatic programme of giving hope and succour to the poor and the needy at the Ministry of Poverty Alleviation.”

He prayed to God to give the people of Wukari LGA and members of his immediate family the fortitude to bear the loss, just as he prayed for the repose of his soul.