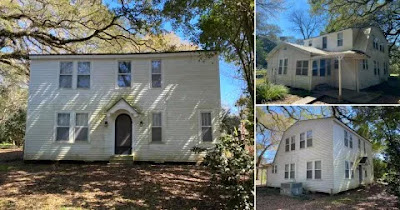 Anyone would jump at the chance to own a free house, right?

Well, perhaps not if it came with a catch – a very spooky catch.

A rundown four-bedroom home in Youngsville, Louisiana, is struggling to sell because locals claim the house is haunted with spirits.

Estate agent Sylvia McLain, the co-owner of McLain Investments, is even struggling to give away the haunted property for free.

When Sylvia posted an advert for the free house on Facebook, she was flooded with comments from locals and former residents sharing supernatural tales. Some even compared it to the house from The Amityville Horror. 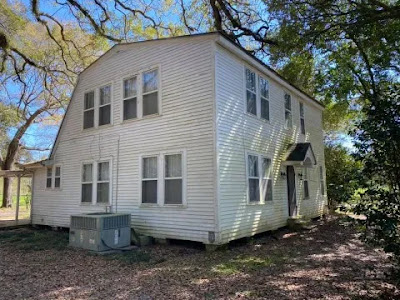 A woman named Gypsy Dawn said: ‘I was the last tenant that lived there before it was abandoned. The property was heaven but that house is quite unsettling if you don’t enjoy communing with the spirit world because they speak loudly.’

Former resident Dawn Vallot DeClout also replied to the post, claiming that the ghost that haunts the house is her great grandmother, Adele. Her family owned the plot the house was built on from 1860 for more than 100 years.

Dawn said: ‘We believe [Adele] is the ghost, but she’s not menacing at all. She was probably like 4ft 9in and weighed about 100lb.

‘She lived to be almost 90 and she was always digging in the pots, like when you have something on the stove and someone goes and looks in the pot and stirs it around. 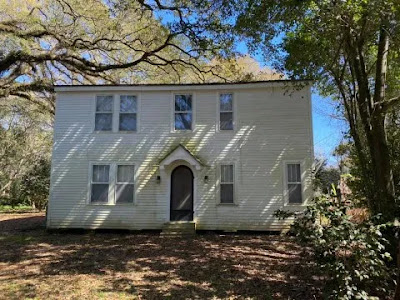 ‘She was well-known for that, and so when we lived there, we used to hear her all the time jangling the pots when we had something on the stove.

‘You could hear somebody picking up the lid but there was nobody in the kitchen.’

Sylvia has said anyone interested can take ownership of the house, free of charge, but they would have to relocate the house at their own cost

One potential buyer offered to take the property but declined after they found out how much it would be to move it.