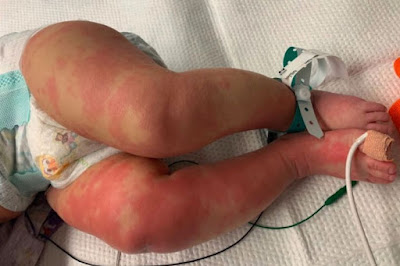 This week, a mysterious coronavirus-related illness hit the headlines, after doctors were urgently alerted about a rise of cases in children.

At least 12 British children are thought to have been hit by the illness, which is being described as an ‘inflammatory syndrome’, similar to Kawasaki disease and toxic shock syndrome.

Now reports of similar cases are flooding in from around the world, suggesting that the illness may now be widespread.

Doctors have now reported a total of almost 100 cases in the UK, the US, France, Italy, Spain and Switzerland.


The first reports were in the UK, where there are believed to be at least 12 cases.

Meanwhile, France’s health minister, Olivier Veran, revealed this week that the illness has been seen in ‘about 15 children of all ages.’

In the US, at least three children are being treated for a similar illness.

While little is known about the illness, it’s believed to have three key symptoms, and is similar to Kawasaki Disease and toxic shock syndrome.