Boris Johnson And Fiancee Announce The Arrival Of Their Son 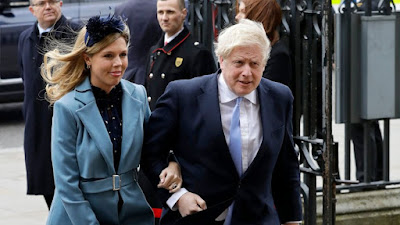 He didn't quite generate the giddy hysteria of a royal baby, but the BBC broadcaster alerted its viewers hours ago with a "Breaking News" flash that Prime Minister Boris Johnson and his fiancee, Carrie Symonds, had just announced the birth of their son.

A spokeswoman said the British leader and his fiancee and their baby boy all were “doing very well.”

“The prime minister and Ms Symonds are thrilled to announce the birth of a healthy baby boy at a London hospital earlier this morning,” the statement read.

No name has yet been announced.