Did Tyson Fury And Wife, Paris Succeed In Embarrassing Themselves On Instagram Live? 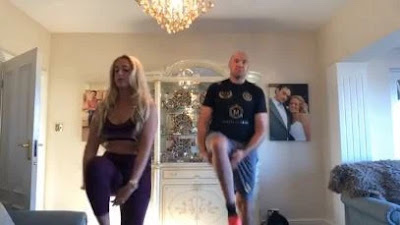 Paris Fury stormed out of boxer husband Tyson's lockdown workout after branding him "an a***hole".

The WBC heavyweight champion of the world's Monday session was one to forget from the moment he 'went live', with the camera the wrong way round, on Instagram at 9am.

Wife Paris was late to arrive, with Tyson not impressed at her apparent lack of enthusiasm after "watching TV all night".

When she did arrive into the living room, it's fair to say she did not look too happy.


Tyson demanded her do 10 sit-ups as punishment for her tardiness, which she at first refused.

She then said that "the instructor is an a***hole" before reluctantly dropping to the floor.

For the next 20 or so minutes the pair barely spoke to each other, which was noticed by many in the comments.

People were wondering why Paris "looked so sad" with most obvious to the fact that "she was not right happy".

Her husband wasn't in the best of moods either - fuming that his poor WiFi connection saw the workout cut out numerous times.

He described it as "s***e" despite "putting boosters down" to improve the signal - and of course it's not the first time he has encountered this problem.

But around 26 minutes in the boxer was left all alone as Paris walked out of the living room.

Tyson shouted whether she was "joining in or what", but was in the end left all on his lonesome.

Although she did re-appear for the last five minutes or so, it was clear that tension was in the air in the Fury household.. 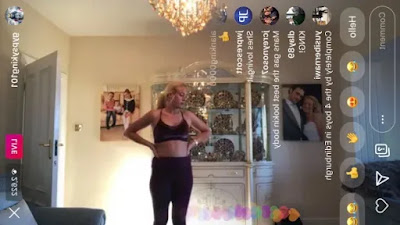 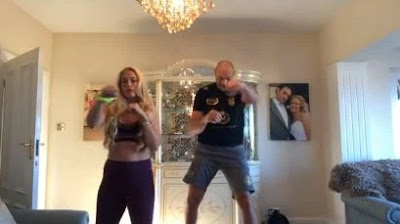