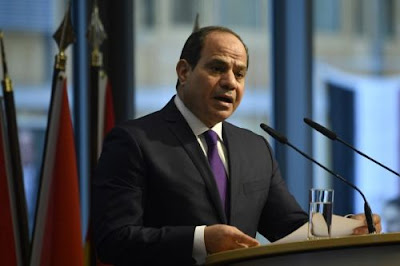 The decision, published in the official gazette, stated that their “placement on the terrorism list will be for a period of five years”.

Also put on the list was Ramy Shaath, a prominent activist and the son of veteran Palestinian politician Nabil Shaath, who holds Egyptian citizenship and was arrested two months after Elaimy.

Since their arrest, the pair have been charged with joining a “terrorist group” — namely the Brotherhood which has been outlawed following the 2013 overthrow of Islamist president Mohamed Morsi.

In its ruling Saturday, the court said that Brotherhood members had tasked “other members of the group… including Ramy Shaath and Zyad al-Elaimy” with carrying out activities against the state.

Hundreds of people have been added to Egypt’s terrorism list in recent years, including fugitives and people detained by authorities.

The measure authorizes the authorities to freeze their assets while those who are not behind bars are banned from travel.

Authorities have arrested thousands of Morsi supporters since his ouster, as well as secular activists, journalists, lawyers and academics.