‘My Step-dad R.a.p.e.d Me, Sexually Abused My Sister’ 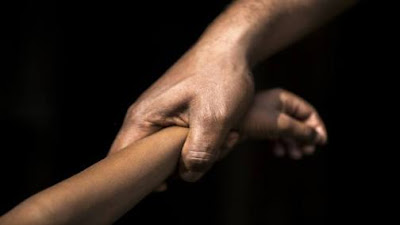 An Ibadan-based fashion designer, Esther Isaiah, on Wednesday accused her step-father, John Dickson, of raping her and sexually abusing her younger sister.

Testifying in a Mapo Customary Court in Ibadan, Isaiah,20, also alleged that her step-father was responsible for her childlessness.

“Our step-father, started molesting me at age 12 and my younger sister, whenever we visit our mother in her matrimonial home. Whenever my mother is not at home, my step-father will threaten that he will kill me if I don’t allow him to sleep with me. So, I allowed him to live.

“He raped me so many times. I never told my mother because I didn’t know what will happen, but, I told my friends. He also r.a.p.e.d my younger sister. She told me that our step-father comes into the room where she sleeps with a mask and r.a.p.e.s her,” she said.


Earlier, Dickson who spoke through an interpreter said that he filed the divorce suit on grounds of abandonment. He alleged that his wife, Mary, abandoned him for three years without any reason.

However, Mary, countered her husband’s submission of abandonment when she described him as evil and an animal in human skin.

“It is true that I left Dickson’s home. He r.a.p.e.d my daughter, one of the two children I had before I married him. The girl was afraid to tell me what my husband did to her and she stopped visiting me.

“In Cross River, where I am from, it is a taboo for a man to sleep with a step-daughter and her mother. Except a certain sacrifice is performed, the step-daughter might never conceive and the mother will die. I am currently sick and need urgent spiritual deliverance,” Mary said.

After listening to the testimonies,  Chief Ademola Odunade, the court’s President, ordered all the parties concerned to ensure that they did the needful since it was a matter of life and death. He held that Dickson might be charged for a felony.

The arbitrator adjourned the case till Oct. 15 for judgment.