Mother-of-three, 44, Is Mauled To Death By Her Own Mastiff-type Dogs 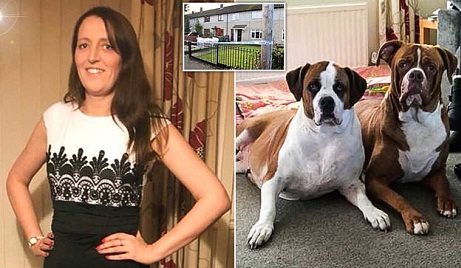 A mother-of-three has died after being attacked by two dogs at her house in Cheshire. Police and an air ambulance were called to the residential street in Widnes shortly after 5pm yesterday afternoon after the woman's daughter raised the alarm.

The victim, named locally as 44-year-old Elayne Stanley, was found with serious injuries and died at the scene.

Neighbours say it was Ms Stanley's own dogs, which they say were Mastiff-types called Billy and DJ, which launched the attack.


Bev Hall, 39, who lives opposite and has been friends with Elayne for 22 years, saw the aftermath of the incident.

'We were here putting the tea on and the next thing her daughter runs in screaming for help saying "the dogs are attacking mum".

'We both dropped everything and ran over bare footed. The living room door was closed and Elayne was behind it so we couldn't get in.

'I could hear a dog growling and scratching, we threw all sorts to and banged on the windows to try and distract the dogs.

'Then the police were called, my partner and a couple of the neighbours started throwing bricks at the dogs from the side door.

'Once the dogs were in the back garden my partner locked them out... By the time the paramedics came there was nothing they could do.'
Ms Hall added: 'She had the dogs for two or three years, they were actually her fella, Paul's, dogs.

'She had the girl dog Billy for a while before she got the second dog DJ which she's had about a year now.

'I have never known those dogs to be violent. My kids have slept on those dogs and used them as pillows, I can't believe it.

'They used to bark when you went in and Elayne had started shutting her curtains because they would bark when people went past but I have never known the dogs to act that way.

'The police tried to tranquillise DJ three or four times but he wouldn't calm down, he had the taste of blood so he went for the police officers and they had to put him down.

'He was shot twice but Billy the girl dog was tranquillised and taken away.' 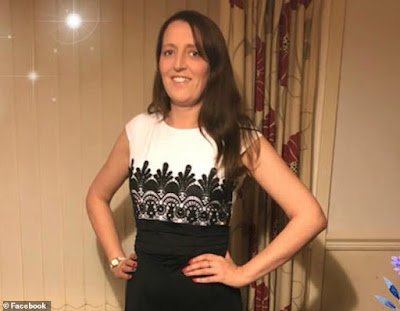 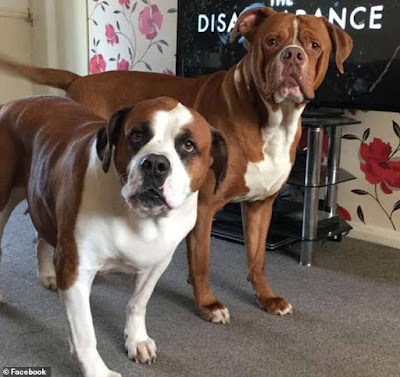