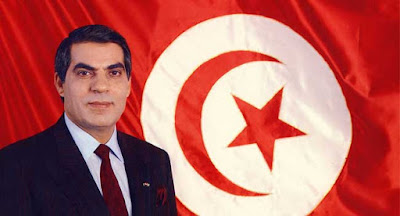 Tunisia’s former president Zine El Abidine Ben Ali was buried in the Muslim holy city of Medina on Saturday, witnesses said, after he died in exile in Saudi Arabia.

Ben Ali, who died Thursday in the city of Jeddah, was laid to rest at Al-Baqi cemetery next to the Prophet Mohammed’s mosque and a place of great reverence for Muslims.

Some of his family were to receive condolences on Sunday in an upmarket suburb of Tunis, according to a small notice published in Tunisia’s La Presse newspaper.

Ben Ali, the first leader to be toppled by the Arab Spring revolts, died aged 83.

He ruled his North African country from 1987 until 2011 and was viewed by some as a bulwark against Islamist extremism, but he faced criticism for muzzling the opposition and his reluctance to embrace democracy.

In late 2010, a young trader in Sidi Bouzid, in the impoverished centre of the country, set fire to himself in protest at humiliation by police.

That sparked protests which rocked Tunisia and triggered a deadly clampdown.

But the protesters won: on January 14, 2011 Ben Ali fled Tunisia for Saudi Arabia where he stayed until his death.

His rapid departure sparked a string of similar uprisings across the region, toppling Egyptian and Libyan strongmen Hosni Mubarak and Moamer Kadhafi.

The ex-leader’s wife, Leila Trabesli, who has led a comfortable and discreet life in exile with daughters Nesrine and Halima — along with son Mohamed — has little incentive to return home.

She faces heavy sentences for embezzlement, alongside possession of weapons, drugs and archaeological artefacts.

Ben Ali himself was sentenced several times to life in prison, including for the bloody suppression of protests in the last weeks of his autocratic rule that killed more than 300 people.