Funke Akindele Makes It To Hollywood 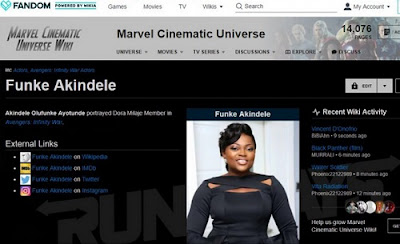 Nollywood actress, Funke Akindele Bello has been revealed as a cast in one of the year’s most anticipated Hollywood movies, Avengers: Infinity Wars.

She will be teaming up with international movie stars Robert Downey Jr and Chris Hemsworth., as she plays the role of one of The Black Panther’s guards, the Dora Milaje.

Other big names in the movie set to be released later in 2018 are Scarlett Johansson, Bernicio Del Toro, and Chris Evans, while Bradley Cooper and Fast and Furious star Vin Diesel feature in voice acting roles.