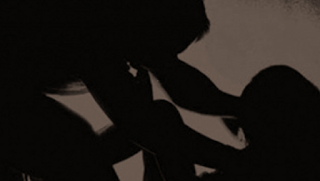 A father, Segun Durojaiye, and his brother, Emmanuel Durojaiye, who allegedly raped his 16-year-old daughter for four years were on Monday charged with incest before a Yaba Chief Magistrates’ Court, Lagos State.

Segun, 52, who resides at Baba-Benja Street, and Emmanuel, 44, of No. 10, Durojaiye St., all in Oreyo area of Ikorodu, Lagos State, are facing a charge of defilement.

The prosecutor, ASP Ibijoke Akinpelu, told the court that the accused committed the offences between 2014 and 2017 at their residences.

He said the father started sleeping with his daughter in 2014 after she confined in him about her uncle’s inappropriate show of affection.


Akinpelu said after the death of the victim’s stepmother in the same year, she was asked to go and stay a few weeks with her uncle and he began to molest her sexually.

“The victim broke her silence after she had had a series of abortions and was helplessly losing weight from the trauma.

“The case was reported at a police station and the accused were immediately arrested,” she said.

The prosecutor said the offences contravened Section 137 of the Criminal Law of Lagos State, 2015 (Revised).

The accused, however, pleaded not guilty to the charges.

In her ruling, the magistrate, Mrs Oluwatoyin Oghre, granted the accused bail in the sum of N1m each with two sureties in like sum.

She said one of the sureties should be a Level 15 officer who has a titled document or a traditional ruler.

She adjourned the case until March 12 for mention.