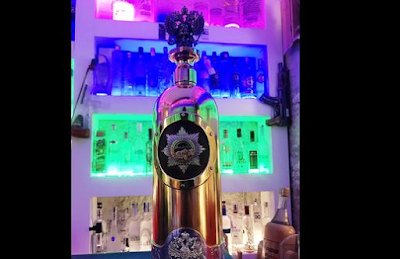 A bottle of vodka, claimed to be the "world's most expensive," was found intact in Copenhagen after it was stolen from a bar earlier this week, Danish police said.

Made from three kilograms (6.6 pounds) of white and yellow gold, three kilograms of silver and crowned with a diamond-encrusted replica of the Russian Imperial Eagle on its cap, it is believed to be worth $1.3 million (€1.07 million).

Police in Copenhagen said the rare bottle was found at a construction site and thanked "a member of the public" for reporting the missing bottle, which is now being analyzed. The bottle appeared to have suffered little damage, but it was drained of its Russo-Baltique vodka.

"I don't know what happened with the vodka, but the bottle was empty," Riad Tooba, spokesman for the Copenhagen police, told news agency AFP.