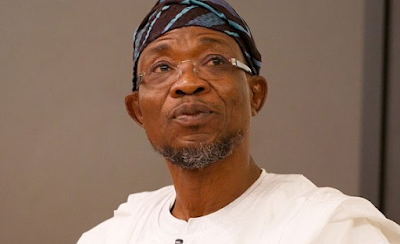 Workers in Osun State have declared their intention to begin an indefinite strike following  the refusal of the state government to revert to paying them  full salary and arrears despite the receipt of the third tranche of N6.3 billion Paris Club loan refund.

The workers under the umbrella of the Osun State Joint Public Service Negotiating Council gave the strike notice  in a statement issued on Friday following an emergency meeting of labour leaders on Thursday.


The notice read in part, “Consequent upon the refusal of the government of Osun State to accede to the demands of the workers and pensioners as contained in our letter of Tuesday, December 5, 2017, the workers of Osun State will be proceeding on an indefinite strike by 27th December , 2017.”

The labour leaders enjoined the workers to stay at home until they received another directive from them concerning the strike.

The labour leaders had on Tuesday disagreed with Governor Rauf Aregbesola over his insistence on paying November salary with the modulated scheme which makes workers from grade level 08 and above collect between 75 and 50 per cent of their salaries.

The workers had insisted that the state had the financial ability to pay them full salaries, saying  most of them  had been collecting half salaries since September 2015. But the governor in a statement issued by his Commissioner for Information, Mr. Adelani Baderinwa, pleaded that they should exercise more patience till the state was able to revert to paying full salary.