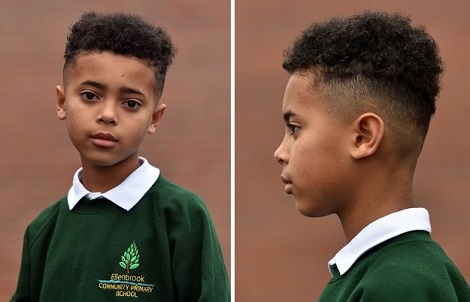 A schoolboy was banned from taking part in his school's Christmas concert because of his haircut.
Khai Okojie, eight, was forced to stay behind at Ellenbrook Community Primary in Salford while his friends sang carols at a nearby church.

His furious mum Jo Ellis, a teacher at a primary school in Bury, said her son's snip - curly on top and short at the back - "broke the rules".

She said: "The school has no Christmas spirit at all. It is so cruel. Khai had been practising his singing at home and was really looking forward to the concert.


"He was excited too, as I was able to attend for the first time."

"His dad, Dasuki, took him for a haircut at the weekend," Jo continued. "I do not think it’s extreme, which is what the school say. It is curly on top and short at the back.

"The school called me to say he could not go to the concert. I explained that I had been looking forward to seeing him in the concert and it was unfair to punish me too.

"Khai’s friend, who is in the same class, has a very similar haircut, I think it is very. very, harsh the way he has been treated, to stop a child going to a Christmas concert because of his haircut is ridiculous.

"The school where I teach is far more easy going about this kind of thing and he would never have been banned.

"I got a letter in May from the school when he had a similar cut, saying it was not acceptable - but that was seven months ago - and Khai’s dad was unaware of the school policy on this."

Chair of governors Suzanne Charlesworth said: “The school has a very clear dress and appearance code which clearly states children will not be allowed to represent the school in sports, school productions, outings, assemblies or photographs, etc, until their appearance upholds the high standards set by the governors. We do regularly remind parents of this.” 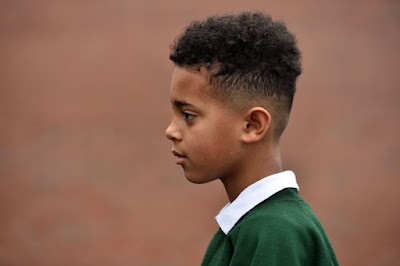 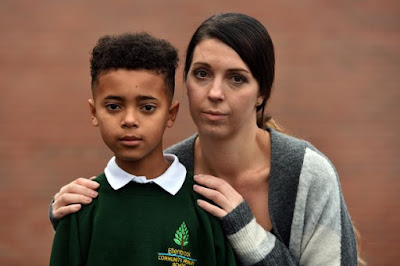