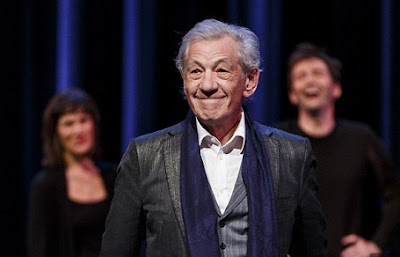 Stage and screen star Sir Ian McKellen has spoken out about the sex scandal in film and theatre,claiming women are partly responsible because some tell directors they'll sleep with them to win roles.

'People must be called out and it's sometimes very difficult for victims to do that,' the Lord Of The Rings star said in a talk at the Oxford Union recently.

'I hope we're going through a period that will help to eradicate it altogether. But from my own experience, when I was starting acting in the early Sixties, the director of the theatre I was working at showed me some photographs he got from women who were wanting jobs. . . some of them had at the bottom of their photograph 'DRR' — directors' rights respected. In other words, if you give me a job, you can have sex with me.


'That was commonplace from people who proposed that they should be a victim. People have taken advantage of that and encouraged it and it absolutely will not do.'

Despite his support for victims coming forward, the six-time Olivier Award-winner, 78, admitted he's worried about the impact of wrongful accusations, adding: 'I assume nothing but good will come out of these revelations, even though some people get wrongly accused — there's that side of it as well.'