Chill! Burna Boy Is Still In SARS Cell With Other Robbery Suspects? 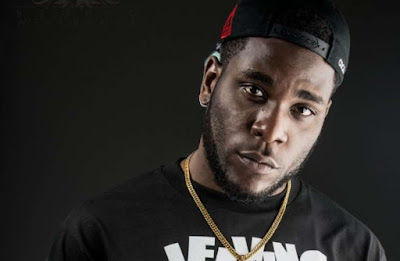 The embattled artiste has spent two days with criminals held in a SARS cell for offences ranging from robbery to theft.

He was reportedly being investigated for conspiracy in the robbery of his colleague, Abiye Jumbo aka Mr. 2Kay.

Burna Boy, who was declared wanted by the state Commissioner of Police, Edgal Imohimi, on November 20, was apprehended on Friday and detained.


Four suspects, including Burna Boy’s road manager, Joel Kantiok, had been paraded for allegedly robbing Mr. 2Kay on October 22, in his room at Eko Hotel and Suites, Victoria Island, shortly after “Buckwyld N Breathless” concert held in the facility.

During the parade, the suspects, except Kantiok, confessed to have carried out the attack on the order of Burna Boy.

The assailants had disguised as room service officials to gain entry into the singer’s room.

They reportedly beat him up and dispossessed him of a wristwatch, gold jewellery, phones among other valuables estimated at millions of naira at gunpoint.

They subsequently tied him up and fled with their loot.

A police source told a Punch correspondent on Saturday that the singer was still making statements to detectives.

The source said, “He is currently in the SARS custody and he is helping the police in the investigation. For now, I can’t say categorically what his charges will be but definitely they are related to robbery for which the other suspects were arraigned.”

Another police officer, who is privy to the case, said Burna Boy’s arraignment might not come up on Monday as planned, noting that investigators wanted to present watertight charges against him before the court.

The officer said, “His statements are still being taken and there are more revelations. We don’t want to rush to court with charges that will be struck out for lack of evidence.

“The essence of prosecution is to secure a conviction at the end of the day. That is what we want to ensure.”

The Lagos State Police Public Relations Officer, SP Chike Oti, confirmed that the artiste was being held at SARS, adding that the Investigating Police Officer would come up with the appropriate charges.

“He will be charged to court on Monday,” he added.