The Name ‘State Of Osun’ Is Illegal, Court Declares 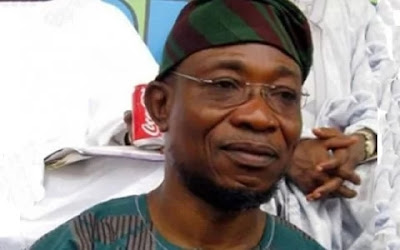 An Osun State High Court sitting in Ilesa has said the changing of ‘Osun State’ to ‘State of Osun’ by the administration of Governor Rauf Aregbesola is illegal.

Justice Yinka Afolabi, while delivering the judgment on Thursday in a case instituted by Chairman, Nigerian Bar Association, Ilesa branch, Mr. Kanmi Ajibola, challenging the legality of the “State of Osun Land Use Charge Law,” held that the law and its makers were unknown to the 1999 Constitution.

Aregbesola had changed the name of the state from ‘Osun State’ to ‘State of Osun’ in 2011; but the NBA chairman, who is a human rights activist, approached the court in 2016 and asked the court to declare as null and void all transactions done by the state with the name ‘State of Osun.’

He said, “The executive governor of the state changed the name in 2011. The renaming of a state goes further and deeper for anyone to single-handedly do.

“To re-order the name of Osun State as “State of Osun” is hereby declared as illegal, null and void.

“On the oath of allegiance, I state that the Seventh Schedule is part of the law. It is not a mere draft or a mere oath. It does not give room for any alteration.

“After deposing to an oath of office, you cannot turn around to do otherwise,” Justice Afolabi stated.

The plaintiff had sought an order setting aside the “State of Osun Land Use Charge Law, 2016,” having been enacted by the legislative body that is not known to the Constitution and for the state not known to the 1999 Constitution of the Federal Republic of Nigeria (as amended). It is not enforceable in Osun State.

Justice Afolabi threw out all the arguments by the State Attorney-General, Dr. Basiru Ajibola, who was the counsel for the governor and the state government and that of the Director of Legal Services, Mrs. Rachel Ojinni, as he granted all the seven prayers of the plaintiff.

Ajibola said the state government would appeal the verdict at the Court of Appeal.