Paul Play Finally Speaks On Illness That Took Him Off 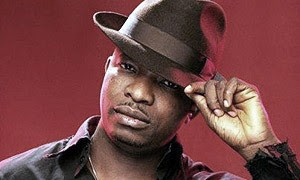 Paul Play for the first time has finally clarified the nature of his illness that took him off the scene. Though he has spoken about it before, he never mentioned what the real cause was. But in this chat with Saturday Beats, he explained it wasn't cancer, like the whole world believed, but was an issue with his kidney...

“Those who believe that I have been silent on the music scene because I had some health challenges might be right. Because of my health situation, I have been in and out of the country. I cannot do music with a poor health and that has been a major factor for me. When I was ill, I never thought that I would recover not to talk about doing music again. I had a major operation and had to go for a regular medical check-up every four to six months.


“Although there were false reports that I had cancer, that was never the case as I was diagnosed with a tumour that grew on my kidney. The tumour was so big that it overwhelmed my kidney and rendered it useless to the point that they had to take it out.”

He continued that he was not upset when the rumours went around town because those close to him knew better.

“When I read that I had cancer, I did not feel bad because I knew the truth and so did the close friends and family members that rallied around me. How many people would I have had to explain the real situation to ? Those who wanted to know the truth asked and I told them. Cancer is more or less like a death sentence,” Paul Play said.

Even though it seems to have become a trend for entertainers with ill health to come to the public to solicit for funds to treat themselves, Paul Play didn’t subscribe to that measure when he was ill. He told Saturday Beats how he was able to fund his treatment which ran into millions of naira.

“The industry is full of assumptions and people believe that if a person is popular, he has the money to take care of himself. But if such situation arises, the person has to come out and say it is beyond him. Things are not like they used to be. Back then, some ailments cost about N15m to treat but now, a person may need to look for about N50m.”