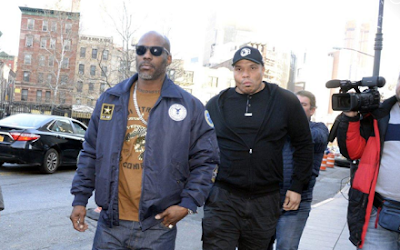 Rapper DMX is ready to plead guilty. The performer, whose real name is Earl Simmons, agreed Thursday to plead guilty to a single count of evading taxes instead of going to trial on the 14 counts he was charged with, officials said.

The compromise reduces Simmons possible time in jail from 43 to five years in jail, based on sentencing guidelines.

Prosecutors had charged the "Ruff Ryders Anthem" performer with a "multi-year scheme to conceal millions of dollars" from the IRS for his alleged failure to file personal tax returns for several years.


"By insisting to be paid in cash whenever possible and having royalty payments diverted to the accounts of financial surrogates, Simmons concealed hundreds of thousands of dollars of income from the IRS," Acting U.S. Attorney Joon H. Kim said in a statement.

Kim even sat in the back of the courtroom for a portion of the proceeding.

"No matter who you are or whatever fame you may have achieved, the law applies equally to all, and no one is exempt from the shared obligation to pay our taxes," Kim said.