Criticise Us, But Don’t Mock Us, FG Tells Media 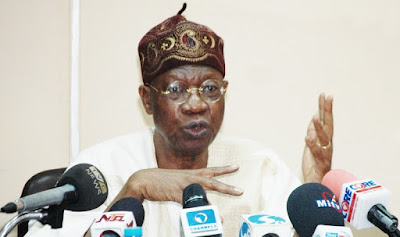 The Federal Government has said that war against corruption remains the toughest of all the three broad issues that it campaigned with among all its three cardinal points before the conduct of the 2015 general elections.

The other two cardinal points are revamping of the economy and tackling insecurity. It, therefore, called on the media to stop mocking the Federal Government over its declaration of war against corruption.

Minister of Information and Culture, Lai Mohammed, stated this on Monday in Abuja at the opening of the 68th General Assembly of the Broadcasting Organisation of Nigeria.


The theme of the conference was, “The Media and the fight against corruption.”

Rather than mocking, Mohammed said, the media should join hands with the government in its determination to stamp out corruption in the country.

He said the fight must not be seen as that of President Muhammadu Buhari alone, warning that corruption is capable of killing the country if not well tackled.

He said, “Without mincing words, let me use this platform to appeal directly to the media in general to join this administration in facing down the problem of corruption.

“If we fail to win by defeating corruption, it will simply kill us as a nation.

“This appeal to the media to join us in the fight against corruption is borne out of the fact that the Fourth Estate of the Realm cannot afford to sit on the fence as far as this fight is concerned.

“We are not saying the media should not criticise us over our strategy against the fight, but they should stop mocking us.

“This is sheer mockery, not reporting! And this war is not Buhari’s war. It is our war.”