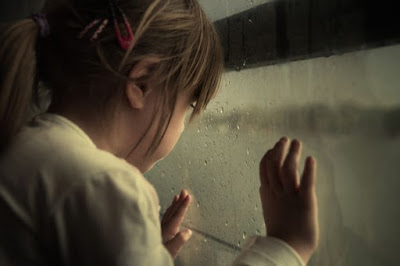 A brave mother has spoken out about how she discovered her daughter was being abused by her father. Samantha* said she 'knew in her gut' that something was wrong with her little girl, Gemma* after her behaviour began to "deteriorate" shortly after her parents split up.

"Gemma was a normal, happy child when she was very young but things started to change when I separated from her father when she was three years old," she said.

"Gemma’s behaviour continued to deteriorate over the next few years and when she was seven, I had a gut feeling that something was wrong. I felt I needed to talk to her."


Samantha sought advice from the NSPCC website, and spotted the PANTS campaign , which helps adults teach children that their body belongs to them and only them, and they should talk to an adult if they are upset or worried.

PANTS is an acronym that stands for P rivates are private, A lways remember your body belongs to you, N o means no, T alk about secrets that upset you and S peak up, someone can help.

The campaign includes a video presented by dinosaur Pantosaurus who sings to children about why their privates are private.

Samantha told the Hully Daily Mail : "When Gemma was nine, I saw the PANTS rule on the NSPCC website and decided to go through it with her one evening.

"She disclosed that her father had sexually abused her. I just listened and got her to bed before contacting the police and reporting the abuse.

“She is ten now, she’s safe and a weight has been lifted off her shoulders. It’s been very hard."

She is now urging other parents to use PANTS to help keep their children safe.

“My advice to parents is to use the PANTS rule as early as possible," she said. "I wish I’d used it sooner. It’s child friendly and uses age appropriate language.