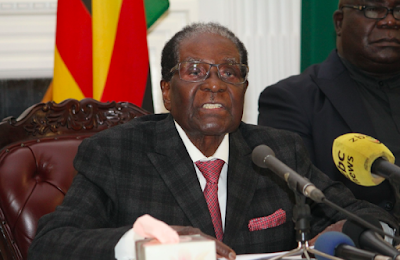 Zimbabwe is celebrating after President Robert Mugabe has resigned after 37 years as head of state on Tuesday.

British Prime Minister Theresa May said the resignation of president RobertMugabe on Tuesday gave Zimbabwe "an opportunity to forge a new path free of the oppression that characterised his rule".

"In recent days we have seen the desire of the Zimbabwean people for free and fair elections and the opportunity to rebuild the country’s economy under a legitimate government," she said in a statement."
Thirty-seven years ago, Robert Mugabe was feted as a titan who had won Africa's last great war against colonialism.

Today, in the twilight of his life, Mugabe finds himself loathed by millions of his citizens for a rule tarnished by despotism, cronyism, corruption and economic ruin.