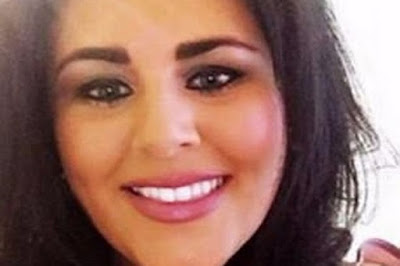 A female nurse posed as a male doctor and used a voice-changing app to dupe young women into sending her explicit photographs.

Sheriff Elizabeth McFarlane told Rennie, who was placed on the Sex Offenders Register:"I have just heard the most astounding narrative of facts I think I've heard in my entire judicial career."


She even contacted a victim after being charged by police, the Daily Record reports.

Prosecutor Scott Toal told Kilmarnock Sheriff Court how in December 2012, Rennie made a friend request to a 22-year-old woman on Facebook and introduced herself as a doctor called David Crolla

In April 2014, a 17-year-old girl joined the Tinder location-based dating app and was matched with Rennie posing as Dr David Graham, who told her "Dr Graham" had broken his leg, his mother had died of cancer and his father had a fatal heart attack.

Rennie then sent her pictures of women asking what she thought of them.

The following month, a 26-year-old woman went shopping with her mother and received a message from David Graham the following day, saying he had seen her and found her on Facebook.

Graham's profile then disappeared, leaving the woman "scared" as she had never met him.

In June 2014, Rennie was on a night out with others including a 24-year-old woman, who became another victim.

Rennie did not know the woman but asked her to add her as a Facebook friend. The following day, the victim was messaged by David Graham, who said he had met her the night before, although the victim had no recollection.

After "relentless" pestering she agreed to share sexual messages with "David Graham".

"He would tell her what to do and sexual conduct took place over the phone," Mr Toal said.

The woman collapsed on a shopping trip when Rennie called her a bad mother and warned her: "Just remember, I've got your photos."

She felt "degraded and betrayed and also suffers from depression and anxiety," Mr Toal said.

A 34-year-old woman had a Facebook friend request from a David Crolla, who claimed he was a doctor at Glasgow Royal Infirmary but was another of Rennie's aliases.

She delivered a bunch of flowers in person to the unsuspecting victim then sent a text message from "Crolla" asking if she received the flowers.

Mr Toal said that when "Crolla" called the victim, she thought it was a "strange voice that sounded like a man's voice".

A police investigation began and officers discovered Rennie had resigned from Crosshouse Hospital in the face of an NHS probe after being confronted by a victim.

When they went to her home she deleted her social media apps and internet history, tried to hide her mobile phone in the bathroom then deliberately locked it by inputting the wrong passcode.

Sheriff McFarlane told Rennie, who wept and appeared to stumble on the stairs to the cells, that she should expect custody when she is sentenced next month.