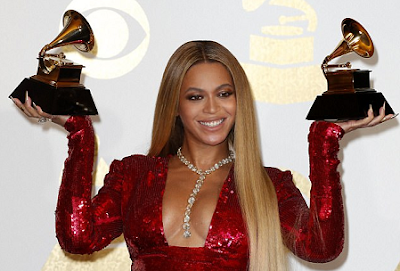 Business magazine Forbes has crowned Beyonce the highest paid woman in music in 2017. The magazine says the 36-year-old earned $105 million pretax this year, thanks in part to her acclaimed visual album Lemonade and Formation world tour, which grossed a whopping quarter of a billion dollars.

And that's despite taking time off as she and husband Jay-Z welcomed twins Rumi and Sir this summer.

She also raked in cash from her Ivy Park fashion line and other business ventures.
Adele, 29,  finished second on the list with $69 million.

Taylor Swift, 27,  claimed third with $44 million, a significant drop from her earnings in previous years.