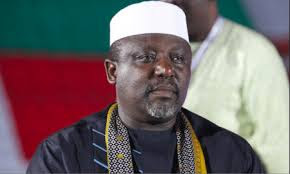 No fewer than five persons have been confirmed dead from methanol poisoning in a local gin sold by one Uwadiegu Eze, a native of Umunakara community, in the Ngor-Okpala Local Government Area of Imo State.

According to indigenes of the community, trouble started when residents, who patronised the gin shop on Tuesday, November 14, to Friday, November 17, started having body stiffness and partial blindness which culminated in deaths.

Punch correspondents gathered that the shop owner, Eze, fled after he was informed that consumers of his product were dying.


On getting information of the deaths, the Imo State Ministry of Health sent a team headed by the Director of Centre for Disease Control, Dr. Okeji A., to the community.

Upon sighting the ambulance of the state Ministry of Health, many youths, believed to be from Umunakara community and other adjoining villages who reportedly drank the local gin, queued up in their numbers, waiting to be taken to Owerri, the Imo State capital.

Okeji lamented that despite the several episodes of methanol poisoning arising from local gin consumption in various parts of the country, people still patronised distillers who used methanol to boost production of the gin in order to increase their profits.

A former Commissioner for Information and Strategy in the state, Toe Ekechi, who is an indigene of the community, commended the prompt response of the state health officials.

He said security operatives were already on the trail of the owner of the gin shop.

Meanwhile, Punch Metro learnt that eight other victims were on Saturday rushed to Uchenna Clinic, a private clinic in Owerri.

When Punch correspondents contacted the Chief Medical Consultant of the clinic, Dr Ezimefula Andrew, he said one of the eight victims transferred from St Augustine’s Hospital, Ulakwo to the clinic, was already blind, while the others were in other stages of methanol poisoning.