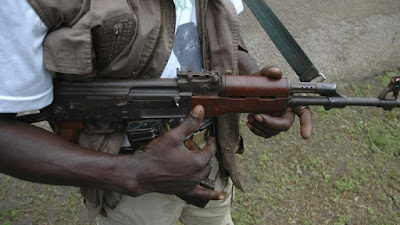 Three persons were killed in Ukanafun Local Government Area of Akwa Ibom State on Sunday when gunmen stormed the country home of the Commissioner for Local Government and Chieftaincy Affairs in the state, Udo Ekpenyong.

The killing is coming two days after a similar incident where armed men riding a motorcycle shot dead a policeman and two other persons in a filling station in the local government area.

The police spokesperson in the state, Bala Elkana, who confirmed the latest incident, told Premium Times that the commissioner’s younger sister was among those killed by the gunmen.


Mr. Elkana, a deputy superintendent of police, said the gunmen who rode on a motorcycle shot and killed the woman inside the commissioner’s country home at Ikot Oku Usung village.

Two more persons were killed elsewhere in the village as the gunmen fired indiscriminately while on their way out of the village, Mr. Elkana said.

“The commissioner is safe,” the police spokesperson said. “I’m not sure he was in the house when the incident happened.”

He said the police were investigating the incident and that he couldn’t give out more information in order not to jeopardise the investigation.