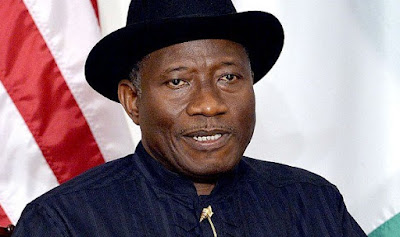 Former President Goodluck Jonathan has denied ever receiving any money from the controversial Pension Fund.

Media adviser to the former president, Mr. Ikechukwu Eze dissociated the former President from allegations which accused an ‘Ex-President’ of being paid N5 billion monthly from the Pension Fund.

The claim credited to the Attorney General of the Federation and Minister of Justice, Abubakar Malami, had alleged that the chief legal officer to the federation had told a Senate ad-hoc committee that an “Ex-President was taking N5 billion monthly from the Pension Fund.”

In debunking the claim, Eze dismissed it as “a blatant lie hurriedly cooked up to divert the attention of the general public from the raging ‘Mainagate’ and other embarrassing scandals.”


According to Eze, “we believe that the story was concocted as part of the unfolding grand design to always dodge responsibility and blame every evil act taking place in the present dispensation on the past Jonathan administration.”