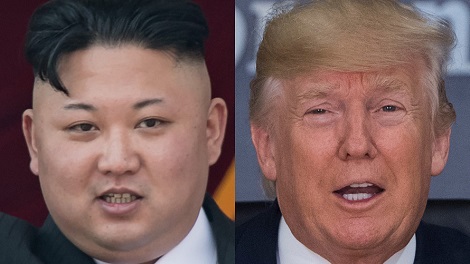 The over-the-top response comes days after the US president whined on social media that Jong-un had called him "old," before noting that he had refrained from commenting on the dictator's height and weight.

After seeing Trump's tweet, The North Korean Workers' Party newspaper Rodong Sinmun declared that Trump had now been "sentenced to death by the Korean people."

It added: "The worst crime for which he can never be pardoned is that he dared [to] malignantly hurt the dignity of the supreme leadership.


"He should know that he is just a hideous criminal sentenced to death by the Korean people."

The petty war of words between the two leaders has been escalating since Trump took to power in November last year.

Since becoming president, Trump has engaged in an escalating war of words with Kim Jong-Un, trading personal insults and threats of military strikes and raising concerns about an outbreak of hostilities.