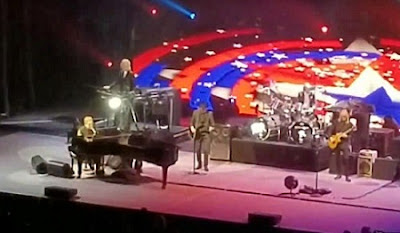 Elton John's piano was off-key during a concert on Saturday night. And  the 70-year-old musical legend appeared to get flustered at the malfunction at his concert in Evansville, Indiana's Ford Center.

Elton was plodding through a rendition of his 1975 hit Philadelphia Freedom when he noticed something was askew, alerting his sound engineers to the issue, in a clip posted Sunday by TMZ.

He barked at his crew, 'Come on you a******s! That's no good,' before explaining to the crowd that his restlessness was for their benefit.


'Sorry about this, but I can't play it when it's not sounding right,' he explained to the audience. 'I don't want you to have anything but 100 percent perfection here.'

The English artist took something of a collaborative approach with an engineer, saying, 'OK, let's try that one; no, that's no good either ... come on fix this, for f***'s sake!'

After about a 10-minute delay, specifications were brought to the Rock N' Roll Hall of Famer's liking, and the show continued, with Elton redeeming his crew after the crotchety outburst.

'Thank you, well done crew,' he told his support team, telling the crowd, 'They are not assholes, it's just frustrating when things go wrong cause I want things to be perfect for you guys.' 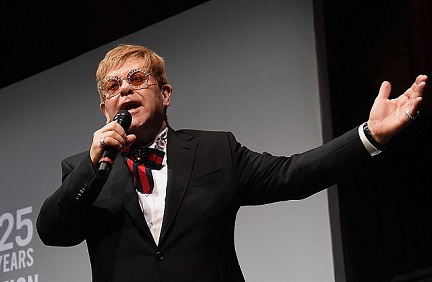