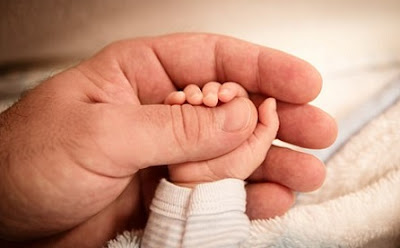 A man twice tried to suffocate his baby daughter in the hope that tragedy would repair his relationship with his partner, a family court judge has concluded.

Judge Alan Booth heard how the couple's two oldest children had died a few years ago when babies.

The judge concluded that the man, who is in his 20s, twice tried to suffocate the little girl in a 'warped' bid to mend his relationship with his partner.


He said the man was capable of doing things that most parents would find abhorrent.

Judge Booth described the man, who he said was intelligent and had a responsible job, as very dangerous.

The man's relationship with his children's mother had been in difficulties after the birth of their third child, the judge heard.

Evidence suggested that the deaths of their older children drew them closer.

Detail of the case emerged in a ruling by the judge following a private family court hearing in Blackburn, Lancashire.

He said the girl at the centre of proceedings, who is now around 18 months old, could not be identified.

The couple's first daughter had died when less than a month old as a result of contracting pneumonia, the judge said.

Their son had been found dead in his pram when aged about 20 months several months later on a day when he was being looked after by his father. Investigations revealed no medical reason for his death. A coroner recorded an open verdict.

She went into foster care and council social services bosses with responsibility for her welfare asked the judge to make findings, on the balance of probabilities, about what had happened to her.

Judge Booth said the man lied when giving evidence and described him as a 'disturbing witness'.

'He appeared able to ignore reality and the truth without a second thought,' said the judge.

'He gave his evidence in a cold and unfeeling way.'

Judge Booth added: 'On the basis of everything I have heard and read, the most likely explanation for the lies that the father has told is that he did things to (the baby girl) that he should not have done.

'Having considered everything I am satisfied that this father is capable of doing things to his daughter that most parents would find abhorrent.

'It is likely that his motive for behaving in this way was a warped perception that this was the best way to restore his relationship with (the baby girl's) mother and that, as before, tragedy or near-tragedy would draw them back together.

'To protect himself from the consequences of what he has done he has lied.

'In my assessment he is a very dangerous man.

'I do not think that (the baby girl's) mother really knows him at all.'

Social services bosses had not suggested that the man was responsible for the deaths of the two older children, said the judge.  He is yet to be sentenced.