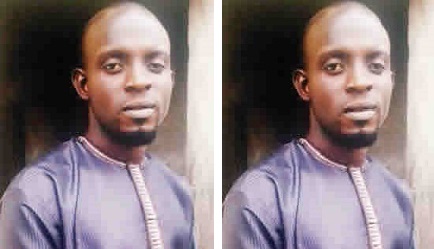 Punch Metro learnt that the victim had left home to pray at a house-warming in Owode Onirin, Ikorodu, at about 8am on Monday, October 16, 2017.

He was said to have been invited to the event by a friend, who told him not to come along with anybody.

Punch correspondent gathered that the family of the 40-year-old Islamic cleric became apprehensive around 4pm on that day when he did not return home.


When one of his lines was contacted, he reportedly spoke in distress for a few seconds before the call was terminated. The lines were said to have been unreachable afterwards.

His mother, Afusat Quadri, said the unknown friend had contacted Yahaya on the telephone on Sunday when he was leading a group of women in a prayer at Oluwakemi Mosque in Aguda.

She said he was supposed to leave for Owode Onirin after the prayer ended around 4pm, but the friend told him the event had been postponed to the following day.

She said, “He announced at the prayer on Sunday that he was invited to pray in a house-warming in Owode Onirin. On Monday morning, while his children, who live with me, were preparing for school, he came in and asked them to give him a small bag.

“I asked him what the bag was meant for and he said he was going for the house-warming prayer and wanted to keep his Quran there. I asked why would such an event hold on Monday and he said that was how the organiser wanted it.

“I told him to go with one of his brothers. He said the friend that invited him had told him to come alone.

“Around 4pm, when his children returned from school, I sent them to him to collect money for their lunch. They said he had not come back. I was surprised because he told me he would not stay long at the event.

“I called his line and he picked it. I asked if he was in his apartment in Ijesha, Surulere; he exclaimed, saying, ‘I have not come o!” There was much noise where he was. I wanted to ask him what happened, but the line disengaged.

“We have not been able to reach him since then. He didn’t tell us the name of the friend and we don’t know any of his friends in Owode Onirin.”

Yahaya’s fiancée, Karimat Kasali, said she was also amazed that the house-warming was scheduled for a Monday, adding that she advised him to go with one of his brothers, but he refused.

She said, “He told me he was going to Owode Onirin on Monday morning while I was preparing for the office. Around 8.30am, I called him and he said he was at Palmgroove waiting to board a bus en route to Ikorodu. At about 9am, he said he was already at the event and he promised to call me back after the prayer. Around 12pm, I called his line, but it was not reachable.”

Yahaya’s younger brother, Muritala Quadri, said the case was reported at the Special Anti-Robbery Squad of the Lagos State Police Command, Ikeja, Owode Onirin and Ijesha police divisions and at the Anti-Kidnapping and Anti-Cultism Unit in Surulere.

“The SARS men said they had tracked his line, but could not locate him. A policeman directed us to the Anti-Kidnapping and Anti-Cultism Unit, which is presently handling the case. Since his lines are switched off, it is likely he was abducted,” he added.