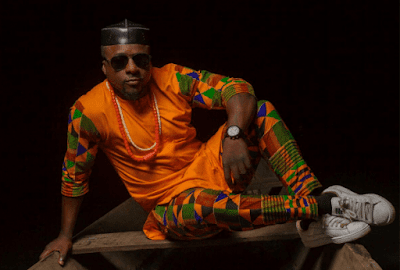 Being royalty should confer on somebody some level of respect, particularly when you are a son of Alafin of Oyo and a popular singer for that matter.

But some men of the Nigerian Police Force don’t fancy that and it was a fact that dawned on Tillaman, Alafin of Oyo’s son as he was brutally assaulted by the men in the black uniform .

In an exclusive chat with Showtime, Prince Tillaman shared his bitter experience with aggressive police men whom he suspected to have been drunk, on Monday night when he was flagged down at a checkpoint along Abraham Adesanya, Lagos-Epe Express-way.


“I’ve had experiences with police but I’ve not had it this bad. At about 12 midnight on Monday, at a police checkpoint along Abraham Adesanya express way, Epe, a policeman asked me to park on the road, at a roundabout, I told him to allow me park properly to prevent being hit by another vehicle or cause traffic jam.

As I did so, he kept asking if I wanted to run him over, I told him I couldn’t because I’m friends with the police; he said I was speaking English, and called me a bastard, cocking his gun but I just laughed it off thinking it was the regular police drama,” said the badly-shaken singer who has promised to press charges.

“I wasn’t asked for my vehicle particulars or what I do for a living; they just began searching my car! When they saw that my friend was recording, one of them collected her phone and threatened to slap her.

I cautioned him for attempting to slap an unarmed lady and he threatened to slap me too if I didn’t shut up. He then cocked his gun and pointed it at my chest threatening to shoot me.

At that point I had to reveal my true identity to save my life and to prevent the public from getting a wrong impression about me. I needed to protect my name because anybody could have made video recordings.

Even after telling him I’m the Alaafin of Oyo’s son, he still pointed his gun at my chest, saying “God punish you and you papa, who you and your papa be”, he said, saying he could not fathom what brought about the anger in them.

“I had done nothing wrong so I was baffled at the way they harassed me. My survival instinct just told me at that point that there might be an accidental discharge.

So to protect myself I waved the gun away from my chest with my left hand, he tried to slap me but I dodged it; but before I knew it his colleague grabbed me from behind, squeezed my neck and ripped off my shirt.”

According to Tillaman, he suspected one of them was drunk so he had to be smart about saving his life from the drunk and trigger happy police.

“While one of them wrestled me from behind, I did what I could to prevent the other from shooting me because his breath reeked of alcohol; he was intoxicated and furious so I couldn’t allow him to continue pointing the gun at me.

Eventually, their boss came and quelled the situation after seeing my name, Adeyemi Adetona, Alaafin of Oyo, engraved on my stomach because my shirt was already ripped in pieces. But before then he was dragging me to the station, not until he saw my name.

But the drunk policeman said I was lucky because if not for his boss he would have shot me and nothing would happen”, he said.