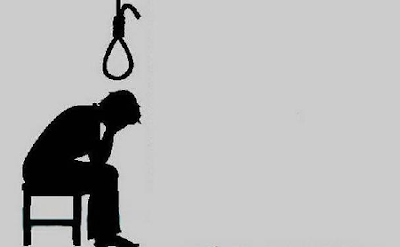 A civil servant in Kwara State has committed suicide over unpaid salaries. The deceased, Mr. Biodun Bashir is said to be a staff of the Universal Basic Education (UBE) in Kwara State at Oyun Local Government.

According to Abdulrazaq O Hamzat, Kwara Must Change, the group regretted “to bring to public attention, the death of Mr Biodun Bashir, a staff of Universal Basic Education (UBE) in Kwara State at Oyun Local Government, who recently hung himself to death over failure of  the Kwara State Government to pay workers salaries and their continued denial of owing workers.”

“The staff, Mr Biodun Bashir a.k.a. ‘Legal’, who is a driver working under UBE committed suicide by hanging on Saturday, 28th October 2017.


“According to those familiar with the incident, Mr. Biodun, like other workers have been living under severe hardship for many years without any hope of improvement.

“While the state government owes workers several months’ salaries, they continued to claim they do not owe on media, a false propaganda that continues to cause depression to many workers. This is so because, the denial of government implies that they do not intend to pay what they owe workers,” Hamzat said.

Hamzat said it was important “to add that, while the death of Mr Biodun Bashir as a result of the wicked act of Kwara state government filter to public hears, there are several other worst cases not heard in the public. We are left to wonder how many workers have died of hunger, ill health and others without public attention.

“This latest tragedy is a new low for Kwara state government, a state whose highest salary being paid to the most senior workers in level 15 is less than N90, 000.

“Kwara is actually one of the least paying states in the country, yet they continue to owe several months’ unpaid salaries without any intention to pay.”