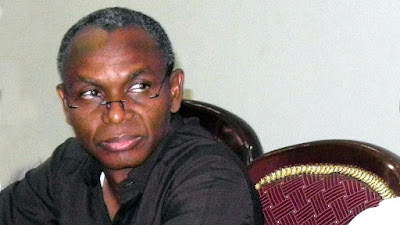 Governor Nasir El-Rufai has vowed to challenge Friday’s Federal High Court ruling which awarded up to N40 million in damages to Audu Maikori in a fundamental rights suit.

In a statement to Premium Times Friday evening, Mr. El-Rufai said the matter may drag to the Supreme Court, but won’t truncate an ongoing criminal proceeding he earlier caused the police to file against Mr. Maikori.

Mr. Maikori, CEO of Chocolate City Entertainment, filed a fundamental human rights enforcement suit on May 5, after he was arrested for allegedly inciting the public in Kaduna State.

Other respondents in Mr. Maikori’s suit are the Inspector-General of Police, the Commissioner of Police in Kaduna State, and the state’s Attorney-General.


The presiding judge, John Tsoho, also ordered the respondents to “pay jointly and severally, as general damages, the sum of N10 million only for injury to character, self-reputation, business reputation, esteem, proper feeling of pride of the applicant, his staff, management and the applicant’s other international business concerns”.

Aside from that, Justice Tsoho also directed the respondents to pay damages in the sum of N20 million only for injury to health, for medical bills being incurred by the applicant in treating himself and for psychological damage done on the applicant.

He further awarded N1,430 as cost of the suit, as well as, 10% interest per annum on damages until total and final liquidation of same.

He, however, noted that his verdict does not preclude the ongoing trial of Mr. Maikori in Kaduna, adding that the police could justifiably arrest suspects for allegedly breaking the law in the cyberspace.