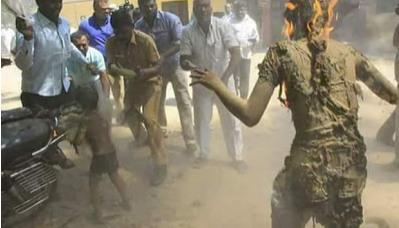 Esakkimuthu (27), a daily wager from Kasidharmam village in Tirunelveli district along with his wife, Subbulakshmi, and their two daughters, Mathisaranya (4) and Akshayabaraniya (2), set themselves ablaze after their complaints against an usurer went unheard by the district collector and the police.

The practice of ‘Kanduveti’, lending money at inflated rates, is commonplace in the southern state and most of its victims are from poor families.

Eskkimuthu had gone to the district collector’s office for a public grievance day meeting on Monday, according to a report by the Deccan Chronicle. However, they were made to wait for a long time, following which Esakkimuthu lost his patience and set himself and his family members on fire using kerosene after a tight hug.


By the time the locals and police managed to put out the fire, all four of them were left severely burnt. They were then rushed to Tirunelveli hospital, where three of them succumbed to the burns. Esakkimuthu’s condition is said to be critical and is being treated for third-degree burns.

Esakkimuthu had taken a loan of Rs 1.45 lakh from his distant relative Muthulakshmi, who works as a usurer. She had been torturing Esakkimuthu by demanding double the amount she had lent. Muthulakshmi is said to have contacts in the police department and is reportedly close to a retired sub-inspector, who is believed to have influenced the police not to act against her.

The case has raised questions about the lethargic attitude of the police and administration in Tirunelveli district and has also exposed the menace of corrupt moneylenders who never miss a chance to exploit the poor and innocent daily wagers. 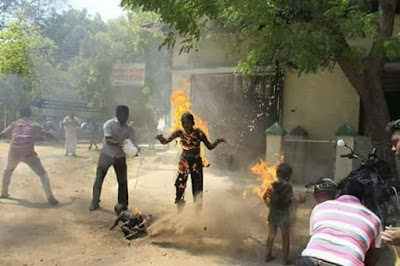 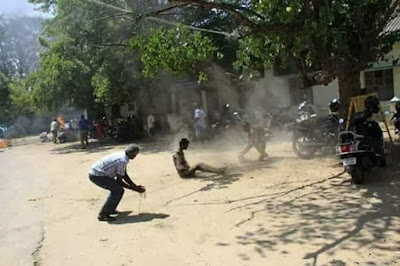 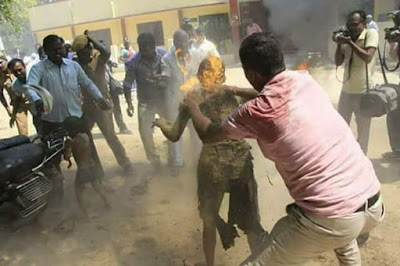 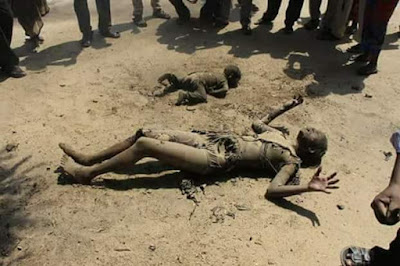