Mel B & Stephen Belafonte Divorce Crisis Deepens! Mel Is Kinda Dealing With Him So Bad 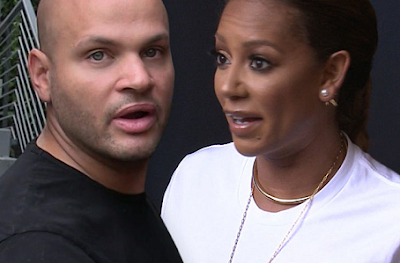 Mel B coldly boxed up and tossed out her estranged husband's stuff, this is according to Stephen Belafonte, who's not finding it funny.

Stephen says Mel packed up 10 boxes of his belongings, which he picked up on Oct. 4, but he was shocked at what was NOT in the boxes. He says he was expecting to see his personal baby pics, clothes, shoes and paperwork, but instead, saw Mel's old clothes, some crappy used towels and his step daughter Angel's clothes.

Stephen thinks Mel trashed his stuff in retaliation and has now filed documents asking the judge to let him go on a search and recover mission.

Remember, Mel has a restraining order against Stephen, but he's requesting a 2-3 hour reprieve, so he can go into the house and get his stuff.