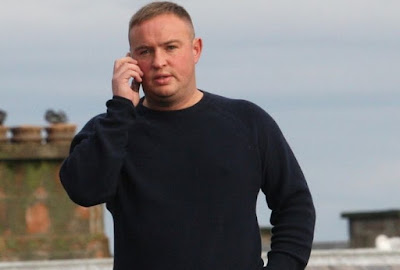 A yob who assaulted a sleeping man with a 14-inch sex toy says he was "just having a laugh" - but the incident has left the victim traumatised, a court heard.

The humiliated victim now avoids going out because "everyone locally" knows about the assault at the hands of Donald Sutherland.

Sutherland, 33, abused the victim with the sex toy as an X-rated "joke" after getting drunk with his pals.

The man had fallen into a drunken sleep and didn't find out about the assault until he was told by a friend.


Sutherland was ordered to pay his victim £2,000 compensation after previously admitting an assault charge.

Sutherland was described by his lawyer, Alison Foggo, as "a man who works hard and parties hard" and he had gone out that night to get drunk with his pals.

She told Inverness Sheriff Court: "He is deeply ashamed and extremely remorseful. He went too far."

Fiscal depute Michelle Molley said everyone had gone back to the house in the High Street where Sutherland's male victim had fallen into a drunken sleep.

The assault then took place.

Ms Molley added: "The victim does not recall the events of that night and was told by a friend what had happened. He was humiliated and distressed.

"His father was told by another family member and was disgusted and angry. He noticed his son had been withdrawn in recent weeks after the assault but he didn't want to discuss it.

"He avoids going out because he knows everyone locally knows about the assault."

The court heard Sutherland told police he had also shaved the man's head and eyebrows before inserting the sex toy.

He said: "We were just having a laugh. It was just a joke."

Sheriff Margaret Neilson ordered Sutherland to carry out 240 hours of unpaid work as an alternative to prison, pay the compensation and remain under social work supervision for a year.