I Have No Child Outside Wedlock- Gov Amosun 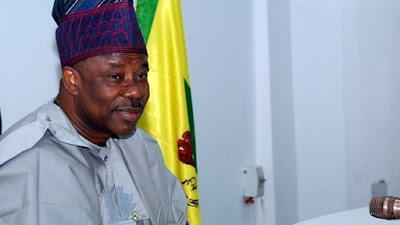 The Ogun State Governor, Ibikunle Amosun, said he has no child outside wedlock and does not even engage in extra- marital affairs.

The governor stated this on Friday to dispel rumour circulating in the state that he had a set of twins with a National Youth Service Corps member and relocated her and the new-borns to the United Arab Emirate.

Mr. Amosun who spoke at a town hall meeting at the June 12 Cultural Centre in Abeokuta, said the rumour spread so much that his mother – In-law had to call him to verify what she was hearing about his ‘second wife’ and twins.

He said the rumour also reached the notice of his wife, Olufunke.


The governor swore that he has never been involved with another woman since his marriage to his wife 26 years ago.  Here we have it, please let's leave it as that.