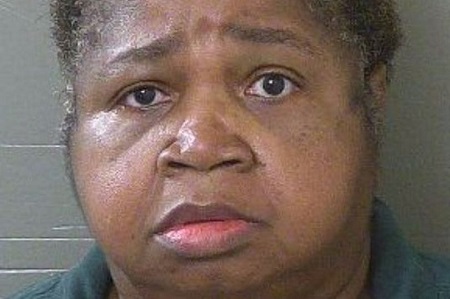 A 23-stone babysitter is accused of crushing a nine-year-old girl to death by sitting on her for 10 minutes as punishment.

Veronica Green Posey was arrested in Florida following the death of Dericka Lindsay, who is believed to have had a heart attack.

The young girl told adults she could not breathe before she died, it is alleged.

Posey, 64, who is listed as being the girl's cousin, was charged with homicide and cruelty to a child, the News Journal reports.


Two others, Grace Joan Smith, 69, and James Edmund Smith, 62 - listed as the girl's parents - have been charged with neglect for allegedly failing to report the abuse.

Dericka was being punished for misbehaving when she was crushed, a police report states.

When she stood up, Posey attempted CPR and called 911, prosecutors have said.

In Grace Smith's arrest report, she said she had called Posey over to her house for assistance with disciplining Dericka.

He told the deputy Posey continued to sit on the child for another two minutes before standing up and finding the child unresponsive.