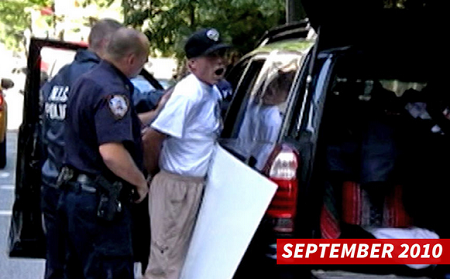 The man who was once arrested for stalking Madonna just scored a victory over NYC ... which will now have to fork over nearly half a million bucks for a beating he took from police.

Robert Linhart had sued the city in 2010, seeking as much as $5 mil, because he said cops punched and kicked the hell out of him while arresting him. The jury deliberated for about an hour Tuesday in Manhattan and returned a verdict in Linhart's favor.

He was awarded $455,000 for pain and suffering, plus future damages for living with his injuries. Linhart's attorney, Lori Lefkowitz, says her client "was very pleased, and felt vindicated" by the verdict.

Lihhart, a retired firefighter, made a final pitch to the city to settle the case for $3 million but prosecutors chose to go to trial. Nota total lose!