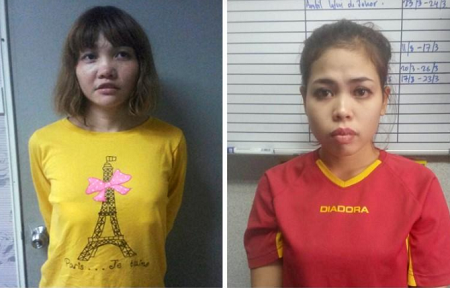 Two women accused of murdering the estranged half-brother of North Korean leader Kim Jong Un with a banned nerve agent pleaded not guilty at the start of a high-profile murder trial in a Malaysian court on Monday.

Indonesian Siti Aisyah, 25, and Doan Thi Huong, 28, a Vietnamese, are charged with killing Kim Jong Nam by smearing his face with VX, a chemical poison banned by the United Nations, at Kuala Lumpur airport on Feb. 13.

Both women wore bullet-proof vests as they were led into the court on the outskirts of the Malaysian capital. They face the death penalty if convicted.


Police have also named four North Koreans as suspects in the case and an Interpol red notice, an international alert just short of an arrest warrant, has been issued for the North Koreans, who remain at large.

Defence lawyers demanded that the prosecution immediately name the four other suspects, who have also been charged, so they can prepare their case.

The two women nodded their heads when the charges were read out by two interpreters. They pleaded not guilty.  The case continues tomorrow. 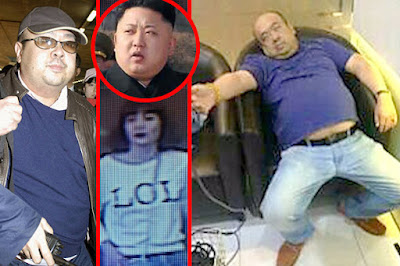