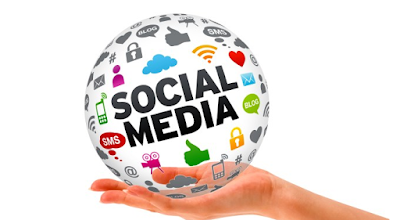 A new report has confirmed what many Nigerians have long suspected to be true: that the federal government is spying on its citizens through the social media and email accounts.

The report titled, “The Growing Trend of African Government’s Requests for User Information and Content Removal from Internet and Telecoms Companies,” was released last month by the Collaboration on International ICT Policy in East and Southern Africa (CIPESA) established under the Catalysing Access to Information and Communications Technologies in Africa (CATIA) initiatives funded by the United Kingdom’s Department for International Development (DFID).


The reports by these companies including Facebook, Google, Yahoo, Twitter and others showed that there has been a surge in African governments’ requests for user information.

According to the report, African governments’ requests are for subscribers’ data, content preservation, and content removal.
Facebook listed Nigeria, South Africa, Egypt and Sudan as the African countries that made the highest requests.
The social media giant said that the government of Nigeria had specified the highest number of user information on its user information requests with 113 accounts.

The report stated: “It is worth noting that the number of requests to Facebook by African governments is small when compared to the United States of America which made nearly 50,000 user information requests relating to over 80,000 user accounts and 69,437 preservation requests in 2016.

“Facebook’s compliance rate with the U.S.’ requests last year was over 80 per cent.”
Tech giant, Google, also declared that Nigeria in 2015 made requests to it.

Google launched the first transparency report in 2009, followed by Twitter in 2012, and Facebook and Yahoo in 2013.
The report stated: “Since 2013, Google has received user information requests from 10 African countries – Algeria, Ivory Coast, Egypt, Ghana, Kenya, Namibia, Nigeria, Senegal, The Seychelles and South Africa.

“Over three years, Kenya made the highest number of user information requests to Google – 21 relating to 32 user accounts – followed by South Africa and Nigeria.

“Aside from eight requests made by the Kenya government during the second half of 2013 relating to 11 user accounts, of which Google complied with 63 per cent, all the other requests were rejected.

“Nigeria is the only government in Africa to have made a user information request to Google and it was fully complied with. The emergency disclosure request was made by the Nigerian authorities in the second half of 2016 and it related to five user accounts.

“Google had rejected all of Nigeria’s seven previous requests,” it explained.
Twitter, in its transparency declaration, stated that Nigeria made three emergency requests, of which two were complied with.

The report described MTN as not being transparent because it refused to provide details of requests made to it by governments of the 19 countries where it operates in Africa.

The report added: “In its 2016 Annual Sustainability Report, MTN reaffirmed its support for human rights including access to information, freedom of expression, privacy and security of its users’ communications and information.
“However, the telecommunications company, one of the largest service providers in Africa with a presence in 19 countries, provides no information about how it handles requests from governments and private parties for user information or surveillance support.

“Similarly, MTN provides little information about its processes for handling such requests.

“The South Africa based company also does not disclose any data about the number of requests it receives or complies with, which places it a rank lower than the likes of Millicom, Vodafone and Orange when it comes to transparency about its policies relating to users’ freedom of expression and privacy.”

Recently, the Nigerian Army had said it was monitoring social media site as part of its surveillance programme. However, following a backlash, it recanted.