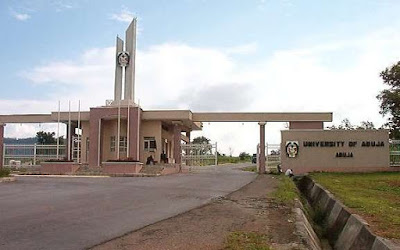 A University of Abuja student has been rescued from kidnappers after spending three days locked up in a toilet.

Four suspected kidnappers (names withheld) have been arrested by operatives of the Lagos Police Command, in Isokoko Division, Agege, area of the state.

The suspects, whose ages range between 35 and 46, allegedly kidnapped a male student of the University of Abuja in Agbogunleri by Solaja, Isokoko, and demanded for N300,000 ransom from his parents before their arrest.

Vanguard gathered that the victim was kidnapped on September 5, and was taken to Unity Estate in Egbeda area of Lagos, where he was held hostage for three days before his rescue on the fourth day by the operatives.


According to a source, “when the parents of the victim reported the incident to Isokoko Police Division, operatives moved in and arrested the prime suspect through telephone tracking at Capitol Road, Agege.

“The suspect was said to have taken the investigators to different fake places before he gave up and finally led them to Unity Estate, Egbeda, where the victim was locked up inside a toilet for three days.

“The kidnappers demanded a ransom of N300,000 from the parents, but luck ran out of them as they were arrested before the ransom could be paid.

The victim was eventually rescued and reunited with his family.” Vanguard learned that the suspects have been transferred to the Anti-Kidnapping Unit of Lagos Police Command, Panti, Yaba, for further investigation and prosecution.