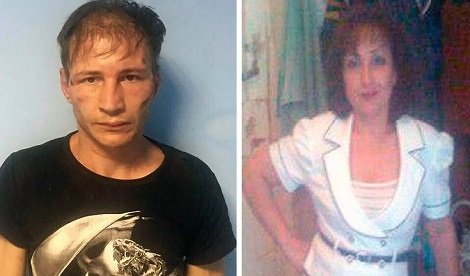 The 'cannibal couple' who have confessed to "killing and eating at least 30 people" could have sold 'human meat pies' to restaurants.

Husband and wife Natalia Baksheeva and Dmitry Baksheev were arrested after seven bags of body parts were allegedly found in their freezer.

Now there are fears the Russian couple used some of their victims' body parts as meat in pies that Natalia sold to restaurants.

Neighbours say former nurse Natalia made and sold pies to boost her income, boasted to cafe owners that she could supply "meat", and may have worked as a chef.


Cut-up human remains were found in their fridge and freezer, and elsewhere in their home at a hostel in a military academy in Krasnodar, southern Russia.

One victim was waitress Elena Vashrushev, 35, who lived close to Natalia and her husband, but others are feared to be women who joined dating websites before vanishing.

In a disturbing new strand to the investigation, Natalia is said to have told a neighbour "I bake pies".

Asked what she filled them with, she replied: "Whatever is around."

Natalia is believed to have sold to military trainees including student pilots attending the academy where she worked.

Cafe owner Vitaly Yakubenko said: "It was in 2010.

"She was very active, asked lots of questions but mainly about where we buy our meat and fish and how fresh it is.

"She made clear she could supply meat. I said that we work only with certified suppliers."

He added: "The police should look now where this woman may have worked as a chef and if she tried to push her products there too.

"For sure these cannibals were looking for places to sell their meat. It sounded to me like her main motive when she was looking for a job.

State investigators are seeking to verify the claims about dozens of victims of the sinister pair from Krasnodar who were detained after seven bags of body parts were found in their fridge and freezer.

At least one jar with pickled human remains, and 19 slices of skin were also discovered in the macabre flat.

Many cans with steamed meat were found in their kitchen.

A police source said: "Going through the photographs, the woman has recognised more than 30 victims that they killed and eaten together with her husband.

"In their home, many mobile phones of their victims were found, and also video lessons on how to cook meals from human meat," said the police source. 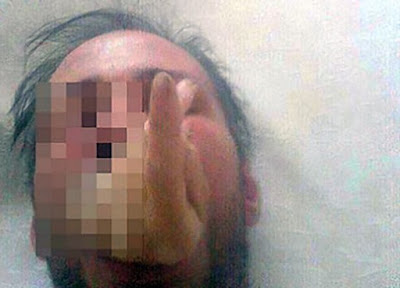 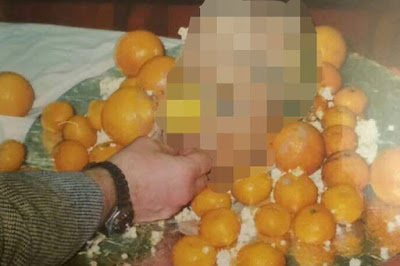 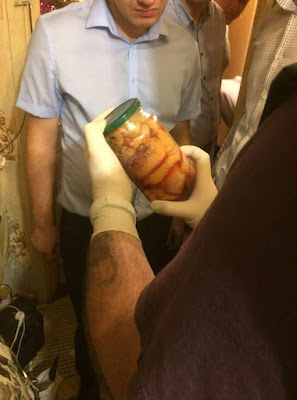