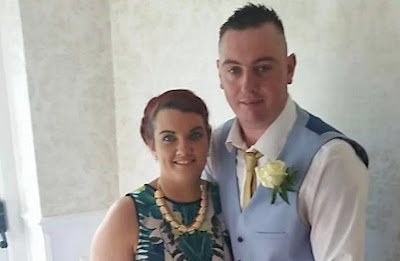 A runaway bride who allegedly faked her groom's stag do and fled with the £13,000 kitty has been spotted for the first time since being arrested.

Rachel Doran was seen puffing on a fag outside homeless shelter with a hoodie shielding her face from prying eyes.

The 29-year-old hadn't been seen for a fortnight after her husband-to-be and 29 of his pals arrived at Leeds-Bradford airport to find they had been given fake boarding cards.

Doran was detained on suspicion of fraud after duping her groom-to-be and allegedly running off with the cash he and pals put towards his stag.


A source told the Sunday Mirror: “She doesn’t stray far from the door and when she leaves she normally has her hoodie pulled up.

“She’s wary of being recognised after all that’s gone on, but she’s on friendly terms with the other people staying there. She’s happy chatting to them.”

Confirming the arrest in Whitehaven, Cumbria Police said: “We can confirm that a 29-year-old woman, from Cleator Moor, was arrested yesterday evening on suspicion of fraud by false representation.

“She has since been released under investigation while enquiries continue.”

Chris Mahone was left high and dry at the airport when he and 29 pals turned up to fly to Ibiza but discovered they had been duped.

His wife-to-be Rachel had offered to arrange the flights and hotel for the huge four-day knees up on the party island.

But she is alleged to have pocketed the cash and run away from the couple's home in Cumbria - as Chris and his mates were turned away after presenting fake boarding passes.

Some of his pals decided not to let it spoil a planned holiday and booked onto a flight to Magaluf as Chris decided to head home and drown his sorrows instead.