12 Minors Charged With Cultism In Lagos 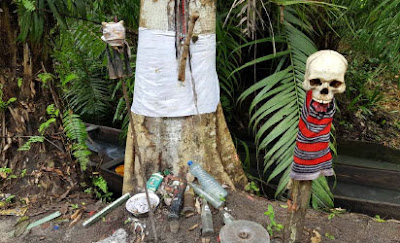 A 15-year-old student and 11 other minors, students of a Junior Secondary School in Mushin, were, yesterday, charged before an Ikeja Chief Magistrate’s court by the Special Anti-Robbery Squad, SARS, Ikeja, for alleged cultism. The other 11 students are between 16 and 17 years old.

The suspects, who were arraigned before Magistrate B. O. Osunsanmi are facing a three-count charge of conspiracy, membership of gangsters confraternity, and an unlawful society.

The prosecutor, Assistant Superintendent of Police Simeon Imohnwa told the court that the students committed the offence last Friday, September 15, at about 12:30p.m.


Imohnwa said a member of the Lagos Neighbourhood Safety Corps, LSNC, Mushin, reported to the Police that he saw the suspects displaying knives and two cutlasses on their way to attack some students of Igbo-Owu Secondary School, Mushin.

According to him, they confessed that they belonged to Gangsters Confraternity. The prosecutor said the offences are punishable under Sections, 42, 51 and 411 of the Criminal Law of Lagos State, 2015.

The students, however, pleaded not guilty to the charge. The defendants’ counsel, Mr. C. C. Igwe, urged the court to grant them bail in liberal terms, pointing out that they were all minors.

Chief Magistrate Osunsanmi agreed, and granted each defendant N200,000 bail with two sureties in like sum. She said one of the sureties must be a blood relation and be gainfully employed.

Osunsanmi, who ordered that they be remanded pending the fulfilment of their bail conditions, adjourned the case till October 25 for trial.