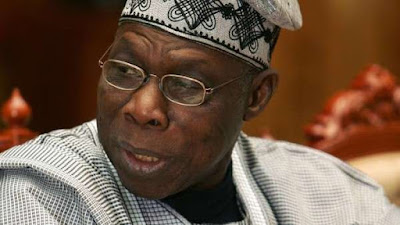 Former President Olusegun Obasanjo has advised President Muhammadu Buhari to dialogue with the leader of the Indigenous People of Biafra, Nnamdi Kanu, to curb the secessionist agitations instead of the deployment of soldiers to the South-East.

Obasanjo said this during an interview with Newsweek Magazine.

Ironically, Kanu, had in the past called Obasanjo an “evil man”.

The former President said, “I don’t see anything wrong in that (Buhari meeting with Kanu). I would not object to that; if anything, I would encourage it. I would want to meet Kanu myself and talk to people like him, people of his age, (and ask) ‘What are your worries?’ Not only from the South-East but from all parts of Nigeria.”

Obasanjo, who led the final offensive that brought the civil war to an end in 1970, said he had seen too many wars and it was time for Nigeria to move on.

He said he believed that enough dialogue had not been done by both the government and several groups.

The former President, however, said secession was not the answer.

“Those who fought in the war in Biafra will not want to fight any other war. I fought in that war and it was an unfortunate war and I said I have fought one war too many in Nigeria; I don’t want to see another.

The former president, who was also military head of state from 1976–1979, said economic development in the country was the only way to solve the various agitations across the country.

Some Igbo leaders have complained that President Buhari, who hails from northern Nigeria, has prioritized the development of other parts of the country to their detriment.